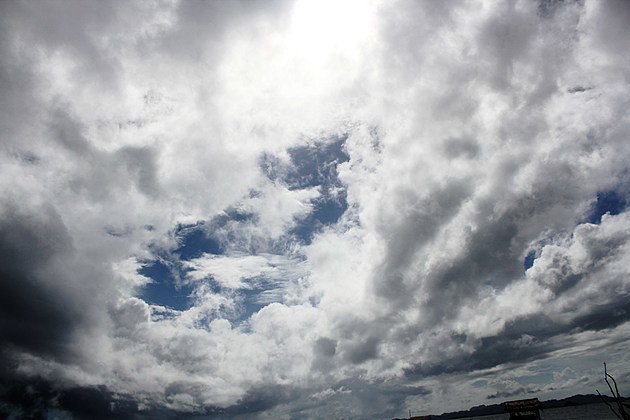 Hello and happy Thursday! (And a special happy 3-weeks birthday to my son Nathan!) With 48 hours to go, we’re getting a much clearer, more confident look at this weekend’s coastal storm system. And the latest forecast models show it veering farther out to sea, severely limiting the impacts we’ll feel in New Jersey. It’s still not a “nothing” scenario, but the fear of travel impacts and even coastal flooding seems low at this point.

We’re waking up to some cold temperatures on this Thursday morning, thanks to clear skies and dry air. Mainly in the 20s, with some teens on the temperature map too. It’s the coldest morning of the week, so make sure you do a little extra bundling before stepping out the front door.

Sunrise is just after 7 a.m. and we will see a bright, sunny start to the day. However, a bank of clouds is hovering just to the southwest of New Jersey. So skies will become mostly cloudy to overcast as the morning goes along (by Noon at the latest). That will keep Thursday afternoon on the cool side, limited to the upper 30s to around 40 degrees.

Thursday night will remain mostly cloudy. And don’t be surprised if you encounter a sprinkle or a flurry. Overnight low temperatures will dip into the upper 20s.

Friday looks generally quiet too. You should catch some breaks of sun Friday morning, before clouds fill back in for Friday afternoon. High temperatures should jump back into the above-normal mid 40s.

And we begin the weekend and the month of February with a coastal storm system brushing past the Jersey Shore, from late Friday night through Saturday morning. The most likely scenario brings just plain rain to the immediate coast and far southern NJ in that time frame. It would be light and largely uneventful.

Of course, there is a non-zero chance the storm system “wiggles” to the north/west just a few miles — that would spread precipitation farther inland. Furthermore, if temperatures trend just a few degrees colder, there could be some snowflakes involved. However, there is now no major forecast model showing a significant winter weather event for New Jersey. (No more than a healthy coating of snowfall, and even that is a stretch.) Little to no snow/ice accumulation and no significant travel issues are expected at this time. Even coastal flooding is not a big concern anymore.

High temps will be in the lower 40s (give or take) for Saturday, and then mid 40s for Sunday. Behind the glancing blow storm system, a lingering shower is possible Sunday morning. Then we’ll get clearing skies and we’ll pick up a stiff breeze (westerly up to 20 mph).

A warming trend will take over early next week, as thermometers push into the 50s (at least) for Monday and Tuesday. The next storm system coming down the ‘pike is a cold front set to arrive on Wednesday. That will push through some precipitation (likely rain), and then introduce some wind and a big cooldown.

There are just 31 days until the start of climatological spring. And 49 days until the Vernal Equinox, the first day of astronomical spring. Will we see an intrusion of cold air and favorable storm track for significant snow? Certainly still possible. But time is running out, Mother Nature…

Best of The Hawk

Best of the Web

Get an Edge on the Competition Today!

Welcome back to Mile High Club

It appears that you already have an account created within our VIP network of sites on . To keep your personal information safe, we need to verify that it's really you. To activate your account, please confirm your password. When you have confirmed your password, you will be able to log in through Facebook on both sites.

*Please note that your prizes and activities will not be shared between programs within our VIP network.

Welcome back to Mile High Club

It appears that you already have an account on this site associated with . To connect your existing account just click on the account activation button below. You will maintain your existing VIP profile. After you do this, you will be able to always log in to http://1057thehawk.com using your original account information.

*Please note that your prizes and activities will not be shared between programs within our VIP network.

Please fill out the information below to help us provide you a better experience.

Mile High Club brought to you by:

Mile High Club brought to you by:

Sign up to have exclusive Mile High Club contests, events, coupons, presales, and much more delivered to you for FREE.
Like Us on Facebook
Mile High Club brought to you by:

Thank you for your request.